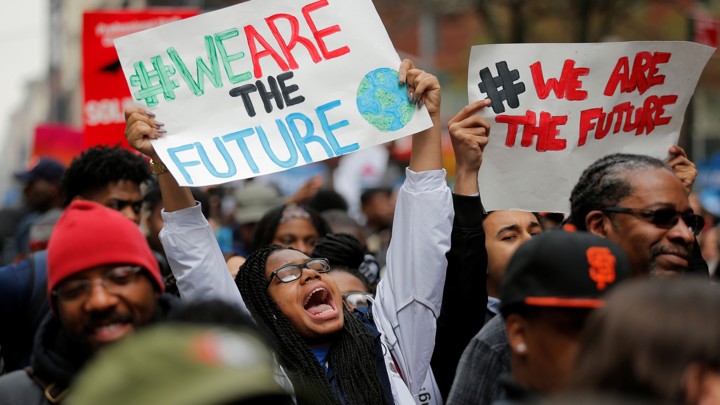 This is an opinion article by ClockWork CEO Jamie Rood – posed to suggest some of the ways South Africa can address youth unemployment.

A National Crisis at the SONA

National crisis’ can be many things. Often we see recessions in the economy or humanitarian disasters used to describe a crisis. However, in this instance, our President addressed his nation at the SONA in Cape Town on Thursday 20th June. He described the country’s youth unemployment rate as a ‘national crisis’.

The number of youth currently unemployed in South Africa lies at over 50 percent. Various different solutions have been proposed, but unfortunately, they have also failed. Public works programmes, youth employment programmes, learnership programmes have all been tried. These might serve as temporary solutions, but the country needs something that will fix this in the long run.

‘More people are entering the labour force every year’ said Ramaphosa. As a result, we need to essentially create more jobs each quarter than there are individuals entering the labour market. It’s a race against time – youth unemployment isn’t a ticking time bomb, it’s a bomb that’s already exploded. Now we need to repair the damage and grow back stronger.

Furthermore, the President expressed that ‘The brutal reality is that when it comes to youth unemployment, we have to run just to remain in the same place’.

The numerical response was that we need to produce no fewer than 2 million jobs for youths within the next decade. They will do this by creating pathways into work for young people through scaling up existing pathway management networks.

When drafting solutions, we are often quick to jump to the conclusion that government are to blame. Although this may be partially correct, multinational companies also play a responsibility when it comes to the creation of employment. Investing in the people is a crucial part of a country’s success, and that needs to happen right now with South Africa’s youth.

The encouragement of entrepreneurship is another way of creating jobs. Both government and private support for young entrepreneurs needs to improve to drive innovation and employment across the country.

A child needs to be nurtured by their parents in order to thrive. However, too much hand holding and they will develop a degree of learned helplessness. This is where an individual is repeatedly subjected to an aversive stimulus that they cannot escape (unemployment). Even when opportunity to escape this stimulus are presented, the learned helplessness will prevent any action.

South Africa’s youth have developed an element of learned helplessness when it comes to unemployment. Many have resorted to the fact it is so difficult to find a job that they have given up looking.

The government needs to adopt an authoritative parenting style to nurture its proverbial children. Yes, they need to create employment through various programmes and support young entrepreneurs. Providing resources to the people is paramount to their success. However, too much hand holding and our population will develop learned helplessness. Our government needs to encourage the private sector and people to stand on its own two feet. If there’s any country whose people know how to react in the face of adversity, its our country. Alone we can do so little, but together we can do so much.

PrevPreviousLandscaping Terminology for Beginners
NextA Great Customer Service Experience I Had Recently – What Can We Learn?Next