A Summary of South Africa’s Unemployment Figure Q1 2019 – Where do we turn now?

A Summary of South Africa’s Unemployment Figure Q1 2019 – Where do we turn now? 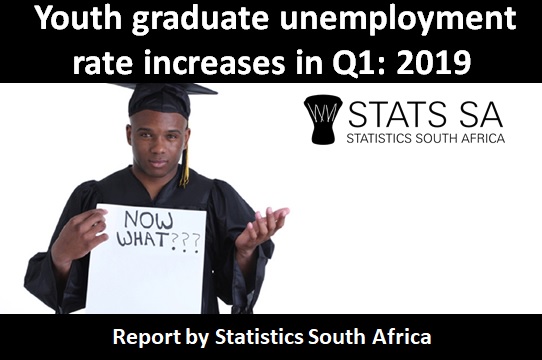 On 14th May 2019, just a week after its citizens took to the polls, the official unemployment figures for quarter 1 of 2019 were released. The headline press release was that the nation’s unemployment figure has risen from 27,1% up to 27,6%. Moving forward, we will break down the numbers which constructed this figure. In addition, we will touch on some of the ways South Africa can reduce it throughout the course of the year and beyond.

The unemployment figure measures the percentage of people in the labour force who have actively searched for work in the last 4 weeks (StatsSA). However, this figure doesn’t tell the true story. This is because more people enter the labour force than those who leave it. If there are not enough jobs created to balance this figure out, then the unemployment figure will increase. Furthermore, this metric doesn’t cover the amount of discouraged workers – those who have discontinued their job search.

There is an even more worrying thing about this quarter’s unemployment report for South Africa. The number of employed persons decreased by 237,000 to 16,3 million. As a result, this demonstrates that the number of jobs being created, or the demand for employees has reduced. Most of the time, this represents that the rate of economic growth is not increasing enough to ensure that businesses want to hire employees.

All four sectors of the economy, the formal sector, informal sector, private households and agriculture saw decreases in the level of employment. Interestingly, close to a third (29,1%) of all people employed in this quarter of 2019 were in elementary and domestic work occupations. The finance, trade and transport industries recorded the biggest employment growth compared to quarter 1 of the previous year. The construction sector recorded the biggest losses.

The youth unemployment figures were most concerning. The official figure stands at 34,2% for 25-34 year olds and 55,2% for 15-24 year olds. Despite Cyril Ramaphosa’s focus and commitment to reducing youth unemployment such as through the Yes4Youth initiative, these figures continue to demonstrate the difficult road ahead.

What Can Be Done?

Many economists and other experts have raised their opinions about how we can reduce unemployment. In short, there is no simple solution. Ultimately, it comes down to having more businesses with a greater demand for employees. This is so the demand and supply side of the labour market can move closer to equilibrium.

Businesses come in all shapes and sizes. Outlined below are the ways that we can possibly create more jobs through businesses in South Africa.

If you would like to understand how some of these examples above will directly impact the number of jobs created in South Africa, look out for our collection of articles in the coming weeks.

ClockWork is a mobile app which aims to reduce unemployment by connecting businesses to local, vetted and reliable jobseekers. We continue to commit ourselves to upskilling South Africa’s labour force and enabling work seekers to be discovered.